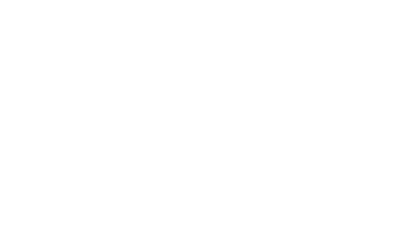 Synonymous with the UKs jungle music scene throughout the 1990s, right through to the present day Dr S Gachet is one of the most versatile DJ’s you will ever witness. As we rewind back to the late 80s, & the heady days of acid house, it was here that Gachet first found his dance music feet.

Though he had already picked up the art of deejaying through Londons reggae sound systems of the mid 80s, this new music form was taking a grip of the nation. Gachet found himself making the transition from sound systems to clubs in London. One night in 1990, after heading to Bentleys, in Bognor Regis, Gachet seized on the chance to step in for an absent DJ. Initialliny blagging his way in as security, he certainly wasn’t feeling too tough playing in front of 2,000 mad-for-it ravers for the first time.

This set the ball rolling for Gachets DJ career, between 1990 & 1994 his residencies and regular appearances included: Camden Palace – Lazerdome -The Rocket – Sterns – The Edge – Paradise Club – Universe – Helter Skelter – Dreamscape – Pure X – Dance Paradise and Living Dream, amongst others. 1995, however, signaled a pivotal moment for Gachet. The legendary jungle promoter AWOL (A Way Of Life) assigned Gachet permanent resident at the paradise club London & Ministry Of Sound, alongside Randall, Mickey Finn, Kenny Ken & Darren Jay. In the same year, he became a resident at World Dance.

These two achievements alone propelled Gachet to international deejay status. Since then he has been clocking passport stamps from: Belgium, Canada, Italy, France, Germany, Ireland, Ibiza, Japan, Russia, Switzerland, Tasmania, and Tenerife, with lengthy tours both in the US & Australia. During the late 90s, he expanded his domestic appearances including that of the first Logical Progression nights, at Turnmills.

Aside from the deejay work Dr S Gachet is also a radio personality. He acted as guest host for Radio 1 One in the Jungle shows (1996/1997) when jungle was slowly being accepted by the mainstream. He worked with many stations in the capital exposing his talent for playing different styles of dance music & also had a stint on Mr C The Shamen / End Club fame) net radio station Gaia Live. Gachet has also taken to the natural progression of producing his own music & conceived a pair of record labels – Audio Maze to take care of drum & bass business & Johnny Biscuit with a house & garage mandate.

Audio Maze introduced such gems to the drum & bass scene as Remember The Roller and Forbidden Agenda, both played for time by every discerning deejay. The label is temporarily on hold but Gachet looks forward to hitting the studio again & bringing forward releases from Beau (from Intense, Good Looking & Blackmarket Records Ash-A-Tack. Watch this space. 2004 – Phantasy & Shodan have given their spin to the Audio Maze anthem Remember The Roller, which is currently a dub plate favourite of Hype & Andy C release details pending.

2008 saw AWOL make a come back under new ownership & at a new home the Indigo2 arena, with Gachet once again taking up his place as resident & kicking things off with a uk tour.

2008 also saw Mensa’s Interdance make a come back holding parties on the south coast at Club Vision & Brighton’s Ocean Rooms with Simon Scutt at the helm and Gachet in place as Resident DJ.